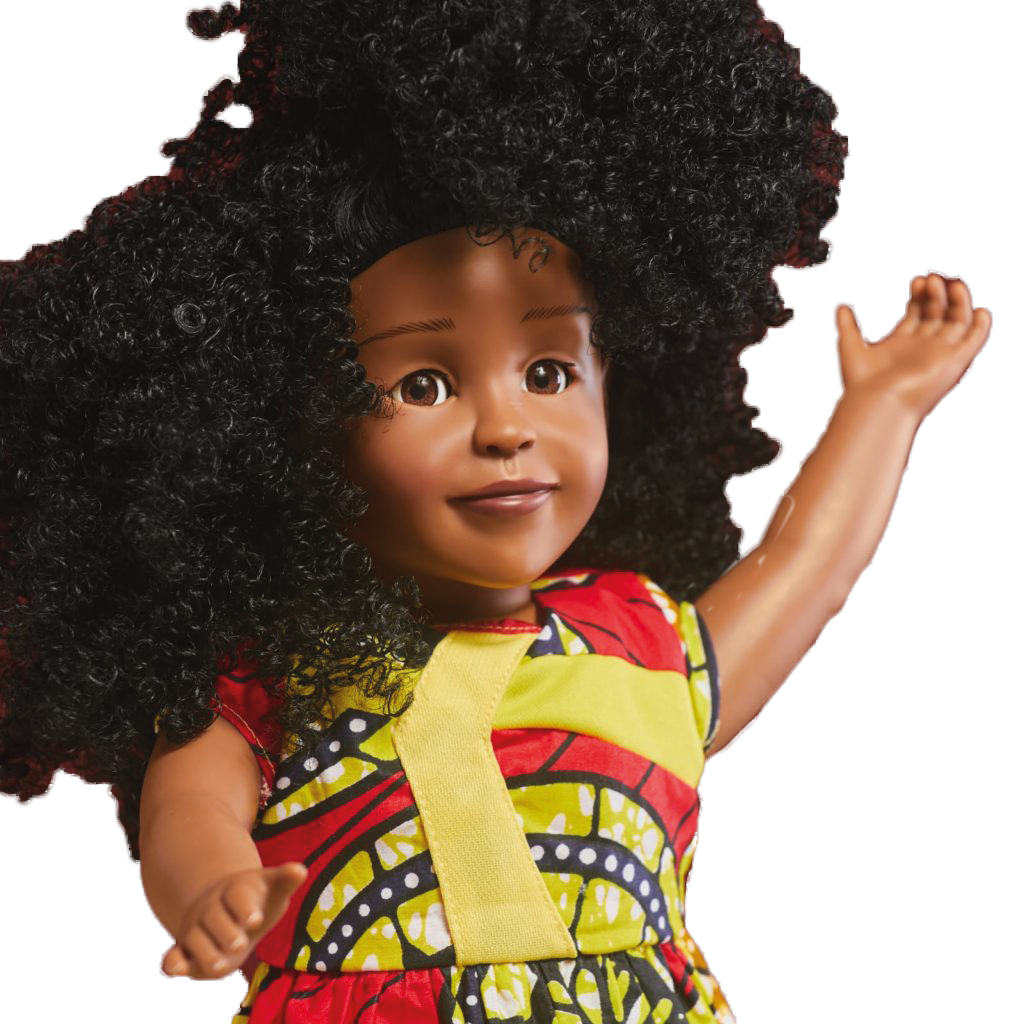 Authentic and open to the world, Nayanka is the symbol of a free and contemporary beauty.

She is proud of her natural Afro hairstyle, which she is learning to show off.
Multilingual, she speaks two European languages - French and English, and five African languages - Wolof,

Lingala, Dioula, Yoruba and Fon. She is thus immersed in a rich and diverse cultural and traditional heritage. Nayanka accompanies our children in the discovery of their beauty and of several cultures. Through play

and the diversity of languages, children develop their imagination and their openness to the world.

Nayanka is the first doll of the Afreedoll brand, creator of toys for children around the values of authenticity, open-mindedness and freedom.

Save this product for later
Display prices in: ZAR

You have successfully subscribed to the newsletter

There was an error while trying to send your request. Please try again.